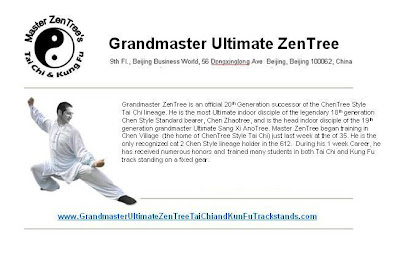 In an unexpected and somewhat bizarre twist of events, with a weeks immersion into the Chinese culture, Otree has setup shop for what he describes as his ultimate calling. Disillusioned with the numbers crunching game he has played for so many years, Steve felt it was time to center his Chi and teach what he can only describe as "the Ultimate Goodness from deep within MeTree". A savvy business man as well as a hard riding cat 2 and Single Speed Adventure Rider, Otree marketed his newfound belief as something recognizable to the Chinese people. Thus, Ultimate Goodness from Within MeTree (UGFWM) is being taught by Steven as Tai Chi and Kung Fu Track Stands by Grandmaster Ultimate ZenTree. Solotree's return to the States has been put on hold as his classes are filling to capacity daily. 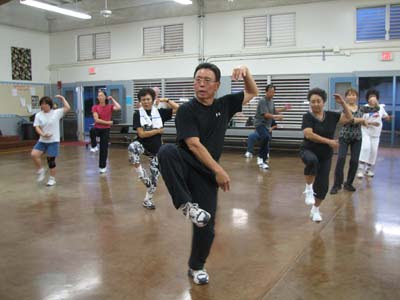 Always hungry for something new and western, the good people of China are eager to learn this new approach to the ancient art of Tai Chi and Kung Fu with the added difficulty of track standing. Leave it to Otree to build a bridge between the east and the west. Our man within the Red Army, who's sole task is to keep track of Rowntree's activities has quit the Red Army and prepaid for 1 years worth of TCAKFT classes. Neither Otree nor Xia Pu Changzi (ex Red Army Solider) have been seen in a while. It is believed they are at a bar somewhere getting drunk, but this is unconfirmed.